Today we are talking about the pros and cons of Ranch-Styled homes in Massachusetts.

At the beginning of a house hunt I usually hear people say I want a home with character, a yard and a lot of natural light.  As a former urban planner….

Every house has character when you understand the history of how the style came to be.  Some of the pros of Ranch homes now re-labeled as Mid-Century Modern are in high demand in Massachusetts because Downsizers who currently have a large home and want to down size the living space, heating expenses and property tax obligation but they still want to a yard and a bedroom on the first floor.  A lot of times too some people are ready to get rid of the big house but are not ready for a condo, or do not want stairs as they age in place so ranch styled homes are an option.  First time buyers like them because the price point is usually lower than a colonial style or cape home, and they feel it is a good place to start their home-ownership journey but, I think over time the price point of ranch homes will increase so, it’s a good idea to think down the road and keep an eye on the housing market if long term you want to live in a ranch home.

Bones of a Ranch-Styled Home

Ranch styled homes are great for small household sizes from 1 to 3 people.  The houses are mostly between 1100 to 1800 square feet in Massachusetts.  Oftentimes there are 3 bedrooms, a living room or family room and about a 200 square feet of kitchen and either an eat-in kitchen or a dining area is attached to the kitchen.  If you watch a lot of HGTV most of the time you know the wall between the dining room and kitchen can be removed but always check with the structural engineer.

There are classic elements of a ranch home that people really like which include a picture window looking out on to the street, glass sliding doors that walk right out onto a patio that provides indoor/outdoor living.

Another pro of the ranch styled homes is that they exist in small double loaded dead-end streets that off larger main roads so the traffic is not bad.  Having been built more than 50 years ago many of the trees are mature and the houses typically are setback at least 25 feet so, you have a good idea of the natural sunlight that will come into the home.

Character of the Ranch-Style Home

For the cons we will get there in just a minute but I want to address the character component of the house.   As I mentioned every house has character it’s just that you have to be familiar with architectural history to understand the components.  The ranch styled home really was born out of a new architectural movement that began with a new style of commercial buildings in the 1917 – 1920’s. Right when the first world war was ending and just before and during the war there was an application of planned communities that came from an industrial need for a workforce to be close to manufacturing companies when the US was providing parts and supplies for World War 1.  Even though the US didn’t officially enter until April 1917 this demand was felt as early as 1915.  The American Institute of Architects sent Frederick Ackerman to England to inspect the housing construction.  When he returned, a system of housing boards were established to develop::  permanent, well landscaped planned villages rather than temporary barracks as collectively it was thought worker morale would be better in permanent housing rather than a war-supply barrack.  Famous planners like Frederick Law Olmsted supported the concept but some in Congress feared government intervention in the building of private sector housing.   Nonetheless there were pockets of housing communities that were built for manufacturing workers of the 1st world war that were close to main city centers in California, Virginia, Pennsylvania, Illinois to name a few.

It seems strange to talk about residential ranch homes of the 1950’s and an architectural shift that was brewing just after World War I (1915-1917) but a pivotal commercial competition in 1922 occurred.  The design of the Chicago Tower where architects pushed the envelope of clean lines.  Many of the entries were ignored but inspiration of the European Art Deco movement along with architects from the Netherlands that came from Finland, Germany, and Holland experimented with straight architectural elements.  By the 1920s these budding architects were increasingly persuaded that European modernism was both visually progressive and a sound building method.

The Philadelphia Savings Fund Society Building was a shift since the architect and clients were conservative in their views up to 1929.  Then more skyscrapers began to be built and added modern amenities such as air conditioning.   After the 1st world war there was a nostalgic look back and there was a struggle from the Baroque and Renaissance elements incorporated into commercial structure and geometric and flat planes.  Really though clean lines were associated with modern amenities.

Well noted buildings like the McGraw-Hill Building, the American Radiator Building, and the Empire State Building reflect the change.  Nothing is starker in comparison than Saint Thomas Church in NY and Dodge Truck Plant in Detroit as Leland Roth shows in his book The History of American Architecture.

Residential buildings of duplexes, townhouses and apartments also got in on the game of modernism so, now modern residential structures housed people in the cities, on college campuses and the design became part of multi-family housing.  Inside the structures, many of the floor plans were backwards to the traditional layout with the living rooms looking out on pocket parks instead of the street which was a concept inspired by Ebenezer Howard’s – quote un quote “Garden City concept” Architects continued to push with abstract lines such as the Guggenheim and on the single family residential side architects started to suggest clean lines and plain facades all over the US.  A modern take eliminating the Baroque and renaissance details are reflective in the ranch style but they were not manufactured in bulk until the end of the Second World War These “post war homes” of the Second World War, now in the 1940 – 1950s were know for being basic.  The houses were more for function rather than being embellished.  This is one of the cons people mention that there isn’t any character but really the straight geometric lines are the character and a strong architectural rebellion of embellishment and embracement of progressiveness greets any visitor.

Some of the cons people mention is they think the ranch-styled homes are not well built.  In terms of today’s standards the housing industry is an industry that is always incorporating new materials, challenging themselves as a whole to make things better, stronger.  At the time ranches were beloved by civil engineers so, lets closer look…

The biggest change I believe is has been in how we insulate our homes and I have another post/video that goes into detail of insulation and a lot about the anatomy of a house so you can look at that video if you so choose.  But getting back to insulation for ranch homes the walls and roof and the windows may need and upgrade from the 1950s.   You want to make sure there is a lot of insulation for the cold New England winters.  Now energy specialists suggest a value of R-38 which is not what is in 1950 ranch homes.  There are applications of adding insulation via blown in or batts that can be rolled out.  Another place where heat and cooling can escape is through the windows.  Many of the homes in the 1950 – 1970s offered single pane windows with storm windows over the main windows.  We now know on average 30% of heat is lost with single pane windows compared to double pane.

So another con would be the Heat loss

Of the classic picture window for a ranch home but the

Water is a huge issue for any Massachusetts home no matter if it is a ranch, cape, colonial or contemporary – the reality is…..

It is wet here.

There have been a lot of storms, water and sun elements that have aged these structures and no matter what ……

Houses need to be maintained.

We have a list of typical maintenance issues that pop up for every home so just follow the link and we will send you the checklist.

Most of the Ranch homes in Massachusetts have a Cinder Block foundations as opposed to out west where home builders could get away with concrete slabs, again due to our weather.  And as I was mentioning before ranch homes have a bad rap because cinder block was a favorite of structural engineers.  These blocks could hold more weight than a poured concrete foundation but, block foundations are more prone to bowing and buckling.  Block Walls also tend to have more water leaks because of grout lines and water wears down mortar overtime.  Additionally the concrete blocks are porous and really the only way to seal the block is from the inside because realistically you are not going to dig up all the soil around the house but because of the negative pressure you need to monitor the foundation to keep it in good working order.

Today poured concrete is re-enforced with steel re-bar so, that is a change the housing industry has made over the last 60 years.

Many ranch styled homes do not offer a garage which in my opinion here in Massachusetts is a con but, some home owners have added garages and even if they haven’t most likely you could add a garage so, check on these details.

Storage is a big issue.  It seems like we have a lot of “stuff” given the self-storage industry and honestly how big our pots and pans are compared to the early 1950’s.  Its true storage is at a minimum on the living floor of a traditional ranch home.  If there is a basement that is not finished, then there could be what I call raw storage.

The flooring in the ranch homes depends really the year it was built.  Often there are hardwood floors but if you see carpet or linoleum then underneath it may be a plywood subfloor which typically is considered a con of buyers since hardwood floors a flooring favorite.

Huge advancements in home appliances and heating systems have evolved tremendously and I’m not going to list out every single feature of kitchens and heating and cooling systems but suffice it to say a ranch home with all the original systems would be a con.  Additionally, septic systems for ranch homes that are not connected to a sewer system is something to know about but if you are a buyer don’t worry too much about it because it is the responsibility of the seller since the law was changed.  I have another video of septic systems and how they work too and there is a link to my blog if you prefer to read about it – just click it in the description below.

Where are they located?

As always in real estate location is key and if you are looking specifically for a ranch home you need to know where they are and drive the neighborhood to make sure it is your cup of tea.  We have a list of all the ranch houses sorted by town for the north shore so, take a look at the link on our website which will specifically bring you to this information. 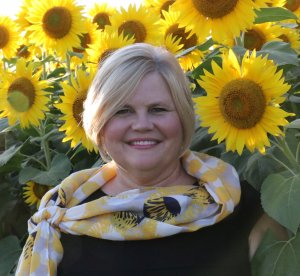