Homes For Sale In Essex County

Homes For Sale In Essex County

Buying a home is a big investment and typically you want to make sure your home is going to suit your needs for at least the next 10 years.  Before you get started on the process of going to look at homes, making an appointment with a real estate agent, getting a pre-approval letter if you are not paying cash, consider first in identifying your lifestyle needs.

We offer our clients a lifestyle worksheet where by you answer a lot of questions rooted in urban planning, lifestyle, family and physical needs you may have.

Please Send Me The Lifestyle Worksheet

There are so many towns to choose from and we have a “Living In” page for each town.  Click the Living in link and you will find more information like trash pick up, utility providers etc…   In the meantime here are some towns you may find interesting……… 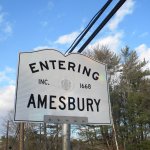 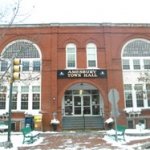 The historical economies of the town are reflected in the diverse neighborhoods in Amesbury. Architectural styles, compact placement, and distinctive geographic settings make Amesbury unique. Similar to many cities, change is always around the corner and the outlying areas face potential development City official recognize the gem of the downtown area and the importance of the downtown business district, with its historic buildings, pedestrian scale, and river views. Like many downtown areas, Amesbury’s commercial center is threatened by a low demand for older commercial space due to modern development patterns that encourage commercial expansion at the outskirts of communities.

While Amesbury’s population remained relatively stable until the 1970’s, like most Massachusetts communities. Since those population boom, most of the additional population increase has been to attributed to the birth rate.For More Information Click this —> Living in Amesbury 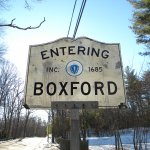 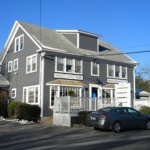 Town of Boxford, Ma
Boxford is divided into Boxford Village & West Boxford Village, This area has a lot of forests and  is criss-crossed by streams that empty into the Ipswich River. Of course there are hiking trails that allow the resident and visitor a like to experience this are through a network of hiking trails. It is a town that is rural in feel and there are some small farms in the community. 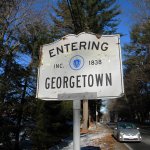 Town of Georgetown, Ma
The urban design is similar to town developed during the late 1800s and early 1900s as they built upon the rotary that was established form framing corridors. This town, too, has five transportation corridors that are “Routes” and all intersect at the rotary in the center of town, allowing for easy town crossings in any direction. The neighborhoods have then settled between these corridors and are suburban in nature.
For More Information Click this —> Living in Georgetown 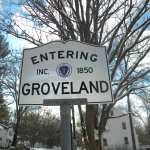 The Story of Groveland, Massachusetts Approximately 34 miles from Boston, Groveland,MA sits inland from the coast and borders Haverhill, Georgetown, and West Newbury. Groveland was originally the East Parish of Bradford, that was originally part of the town of Rowley and officially incorporated on September 9, 1850, residents celebrate the anniversary of this date as Groveland Day. 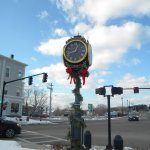 In 1996, Congress designated Essex County as National Heritage Area 96, recognizing the significant role the region played in the early settlement, commercial development, and manufacturing economy of the nation. 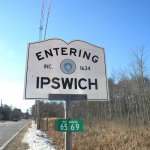 Ipswich, Massachusetts Approximately 28 miles from Boston, Ipswich, MA is known for her Great Marsh clams, Crane Beach, four stone arch bridges over the Ipswich River, and its quaint streets lined with “First Period” houses. John the Younger and 12 men aboard a “shallop” (small exploring boat) sailed into Ipswich harbor and took up residence. Two men continued up the river (now River Road) to a large meadow, which they called New Meadows, now Topsfield. Agawam was incorporated on August 5, 1634, as Ipswich. These pioneers would become farmers, fishermen, shipbuilders or traders. The tidal Ipswich River provided water power for mills, and salt marshes supplied 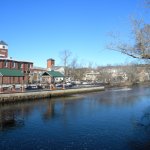 hay for livestock. A cottage industry in lace-making stockings, around 1822, developed as a home industry from a stocking machine, which had been smuggled out of England violating a British ban on exporting such technology, and the community developed as a mill town. In 1868, Amos A. Lawrence established the Ipswich Hosiery Mills in the old stone mill on the Ipswich River. By the turn of the century, the enterprise had become the largest stocking manufacture in the country.

Ipswich did not develop as a great port as the industry of the “Great clipper ships” by-passed the area for the deep-water seaports of Salem, Newburyport, Quincy, and Boston.For More Information Click this —> Living in Ipswich 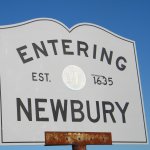 The Story of  Newbury, Massachusetts  ~ Approximately 32 miles from Boston, Newbury, MA is a large geographic town with the Atlantic Ocean as one border (Plumb Island) and the Village of Byfield just over I-95.  The Parker River and the Atlantic ocean provide great birding, kayaking and lazy beach days.  Rooted in farming and grist mills as many of the North Shore towns,  there are still farms in the area and there is a more rural feel than say, Newburyport.  Newbury was actually part of the “discovery” when the  Newbury Plantation 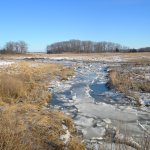 was settled and incorporated in 1635. Technically it was in what is know as Ipswich today.  There isn’t a lot of traffic so getting around is easy.  Newbury is also home to the nation’s first private school, the Governor’s Academy (although it has changed names over the years).  One fun thing to do in the Fall is to visit Colby Farm and see the acres and acres of Sunflowers!  Other local craft breweries are also popping up in town.For More Information Click this —> Living in Newbury 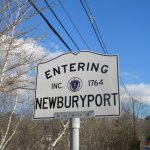 The Story of  Newburyport, Massachusetts  ~ Approximately 34 miles from Boston, Newburyport was once part of Newbury and sits on the bank of the Merrimack River and Atlantic Ocean.  A fantastic port city that is walkable with great shopping, coffee houses and great restaurants in every budget.  Besides the town, there are fun activities on the water and Plumb Island is also part of Newburyport so there is beachfront as well.  Newburyport is the home to the founding of the US Coast Guard but is no 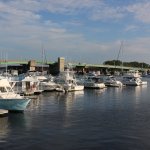 longer the headquarters.  Don’t miss the Clipper City Rail Trail which is a non-vehicular fun way to explore.  The lots for homes are smaller than surrounding towns so, you need to like the city feel. 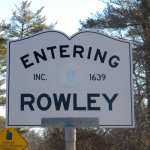 Rowley, Massachusetts  ~ Approximately 28 miles miles from Boston, Rowley,MA sits Rowley lies along the Atlantic Ocean north of Cape Ann, the mainland separated from the ocean by a small portion of Plum Island and Plum Island Sound. It was an area that originally started as a farming and mills to support such activities. In the 1600s there was an active “fulling” mills (used to make fabric, mostly wool and cotton) and grist mills (to grind corn). Today the town continues the rural feel of it’s heritage as it is a right to farm community where backyard chickens are all the rage. A nice town with sometimes a sleepy feel it suits those who are looking for a quiet town but close enough, 7 miles to Newburyport for example, to have a walkable city offering restaurants and shops. 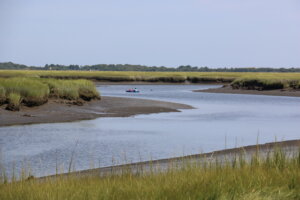 What is very interesting is this area encompasses spectacular coastal woodlands, salt marshes, and tidal creeks. The Mass Audubon Rough Meadows sanctuary, manages in collaboration with the Essex County Greenbelt, is part of the Great Marsh ecosystem. The area has been designated an Important Bird Area and Area of Critical Environmental Concern. There are well marked trails to explore and enjoy the outdoors.
For More Information Click this —> Living in Rowley

We will be adding the towns of Merrimac, Topsfield, Salisbury and West Newbury shortly but for now we at least wanted to provide this information!

How Can We Help You?

We would love to hear from you! Please fill out this form and we will get in touch with you shortly.